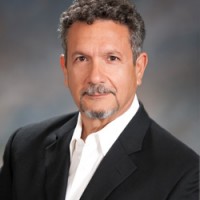 Few, if anyone, has the medical expertise and experience in unarmed combat sports more than Dr. Edwin “Flip” Homansky, who was granted the rarely-bestowed James A. Farley Award by the Boxing Writers Association of America in 2006 in recognition of a career marked by “honesty and integrity.”

Born in Savannah, Georgia, Dr. Homansky received his B.A. from Tulane University in 1972, his M.D. from the Medical College of Georgia in 1976 and an Internal Medicine residency in 1979. Residing in Nevada since the late 1970′s, Dr. Homansky is board certified in Internal Medicine and Emergency Medicine.
His professional experience includes Chief of Staff, Las Vegas’ Valley Hospital from 1995-2002, Director of Emergency Services, Valley Hospital from 1988-1984; Physician Consultant to the City of Las Vegas Fire Department from 1988-1992; Medical Director of Las Vegas’ foremost ambulance company, AMR since 1999; Chairman of the Medical Advisory Board overseeing Pre-Hospital Care in Clark County, NV from 1990-95; program director for the Clark County Biannual Nurse and Paramedic Conference for 18 years; previously served as president of the Nevada Chapter of American College of Emergency Physicians and on the Board of Directors of the American Heart Association; since 2006 has worked as Chief Quality Officer for the Valley Health System—seven prominent Nevada hospitals; and he was appointed by former Nevada Governor Jim Gibbons to the Nevada State Board of Health in 2008. Dr. Homansky is currently the regional medical director for the national company EmCare where he oversees the Emergency Department contracts at nine hospitals.

Beginning in 1980, Dr. Homansky began his career in combat sports as a ringside physician. He oversaw thousands of bouts, including acting as the Nevada’s Chief Ringside Physician for almost twenty years. He was Chairman of the Nevada State Athletic Commission (NSAC) Medical Advisory Board from 1986-1998. In 2000, he was appointed by Governor Kenny Guinn to the NSAC, where he served for over five years. He acted as First Vice-President of the Association of Boxing Commissions (ABC) from 2003-2005; co-medical director for the ABC from 2000-2003; Assistant Medical Director for the World Boxing Council from 1996-2000.

He was instrumental in reducing championship boxing matches from fifteen to twelve rounds; initiated the first mandated HIV testing in the world of sports; integral in initiating anabolic steroid testing in boxing and mixed martial arts—making Nevada the first state to test; written and co-edited Ringside and Training Principles, a comprehensive book for boxers; and co-wrote a chapter for the 2009 text entitled Combat Sports Medicine. He has testified before the U.S. Senate Commerce Committee in 1995 and 2001 on boxing safety.

Dr. Homansky has been a featured speaker and lecturer to boxing officials around the world. He has been recognized as an expert discussing boxing and related injuries on HBO, Showtime, ESPN, NBC and Fox, including several appearances on HBO’s Legendary Nights documentary series on boxing. Since 1980, he has participated in hundreds interviews on boxing and MMA safety issues, including drug testing for major newspapers, magazines and Internet websites. He is to soon appear in a documentary on the career of former world champion boxer, Terrible Terry Norris.

His sports enthusiasm extends beyond combat sports. He served as Chairman of the Board and CEO of the Las Vegas Stars (Triple A baseball team of the San Diego Padres) from 1990-91. He has worked with the NFL in terms of successive concussions and high profile quarterbacks. And he was inducted into the Savannah, Georgia Sports Hall of Fame in 2011.